Thailand is an astounding kingdom featuring many Buddhist temples, marvelous palaces, beautiful beaches, exotic wildlife, gorgeous spas and much more. Thailand is very well-known for its unique culture that includes mouth-watering ‘Thai seafood delicacies.’ Thailand is a destination which appeals to every kind of traveler, whether they are hippy chic or craving luxury. And, you can find the ever-appealing budget packages which provide you the best sightseeing, variegated shopping and tasty gourmet.

Another reason which makes Thailand appealing to tourists is that the people are amicable and helpful in all sense. Maybe it is because of the traditional greeting ‘the Wai’, which is when a person bows with their hands held together or because of Thailand’s motto ‘Mai Pen Rai’ which means ‘Don’t worry.’

Thailand has three primary seasons – the dry season, hot season and the monsoon season. The country is flocked with tourists during the dry season because the temperature does not exceed 90-degrees. It is during the hot season the tourists fill the super sunny beaches. During the monsoons, people mostly prefer the northern parts of Thailand because there are chances for the island to get flooded.

There are over 40000 Buddhists temples in Thailand. Travelers will surely find at least one temple on their way to different places across the country. These beautiful structures date back to the dynasties, which ruled Thailand during ancient times. Each one of it reflects the architectural splendor which prevailed in Thailand. Though many cities in Thailand undergoes continues modernization, there are some cities which still hold on to their ancestral roots which include the city of Sukhothai, the ancient ruins preserved during the Siamese Kingdom in 1238.

The festivals are as exciting as their rich culture and history. These festivals are mostly obtained from the religions and lunar calendar and so on. Many travelers plan their vacation near these festivals to attend experience and extract the real essence of the celebrations. One of the famous festivities is Songkran, also known as the water festival.

Another essential feature of Thailand is its markets. You can never find such an incredible market in the world such as the Thai markets. Each of its markets has its own peculiarities, from the things they sell to the crowds they attract.

Thailand is also home to exotic wildlife. Khao Yai National Park is situated in Central Thailand. Along the South of Thailand, there are so many beaches filled with naughty monkeys. The Monkey Beach in ‘Koh Phi Phi’ is a famous monkey hotspot. Do not forget that feeding these animals is not allowed! Also, clearing down these tourist spots, which will abuse animal protection is punishable.

Thailand is a land of manners and etiquettes; a land of relaxation and wildness, friendliness and godliness, a land of happiness and not to forget the country is the land of ‘smiles’. 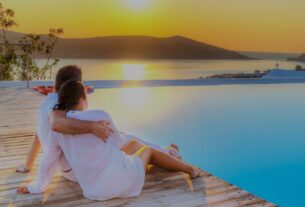 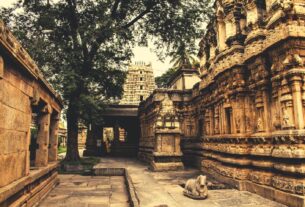 Where to Visit in Latin America