When someone proposes for a mountaineering trip to Africa or Tanzania in particular, images of Mount Kilimanjaro conjure up in mind. With its peak at an astounding height of 5,895 meters above sea level, it is the highest mountain in Africa, also called “The Roof Of Africa”. It rises approximately 4,900 meters from its base, and its ascent is at the top of the priority list for many adventurers. But most first-timers are generally unaware of what to expect or what it the trekking journey is all about at the end of the day.

To give you an unbiased real sense of what you’ll be facing up there, here’s a comprehensive mini guide for you on Climbing Mount Kilimanjaro.

Kilimanjaro is a huge stratovolcano that has three distinguishable volcanic cones. The three are Kibo, Mawenzi, and Shira, Kibo being the highest. Uhuru Peak on Kibo at a height of 5,895 meters is the highest point in Africa and the point where most trekkers aspire to be. While the interior of the cones is rather poorly known due to lack of erosion, the outer side of the cones is rocky covered with snow. It is mainly composed of the layers of solidified lava with some pyroclastic rocks which are common in volcanic areas. Continuous eruption millions of years ago buried most older geological features with the exception of the stratum, which is a layer of sedimentary rock.

The weather in Kilimanjaro is largely influenced by the height of the mountain, equatorial trade, and anti-trade winds. Upslope and downslope winds are common in the mountain and you’ll constantly be bombarded by them no matter where you are, southern being stronger than the northern part. There are two distinct rainy seasons. One is from March to May, the other being in or around November. The lower reaches of the southern slope receive more rainfall than the northern zones and thus are lush in nature. Apart from the rainy season, the climate usually remains dry.

One thing that’s interesting is there are five climatic zones you’ll encounter as you traverse to the top. These are bushland, rainweald, Heath and Moorland, Highland Barrens, and IceCaps. The order is from low to high, bushland being the lowest and ice caps being the highest reaches.

• Who Can Climb Kili

Anyone. There is no restriction as to who can and who cannot. People as young as 8 years old and as old as 88 years old have the history of climbing Kili. The only requirement (not by law, but rather for success) are proper acclimatization (more on that in the next point) and a level of physical fitness.

The primary reason for the failure of most trekkers, altitude sickness is the physical distress caused by. In the medical community, it is called Acute Mountain Sickness (AMS). Symptoms may range from a mild headache to severity of shortness of breath. Even if the mildest difficulties last for few hours, you cannot afford to get into any form of ailing when you’re up there. The best way to get yourself properly acclimatized is trek at the lower reaches or another mountain at much lower height for few days prior to your Mount Kilimanjaro Climbing. This will give ample time to your body to adjust itself to the changing altitudes.

There are seven different routes to reach the top. These are Machame, Umbwe, Shira, Lemosho, Marangu, and Rongai. All of the routes are incredible in themselves and have their own pros and cons. The decision on which one to trek through is solely yours but must be made taking a number of factors into consideration. These include:

• What you want to see on the routes.

There is another route in Kilimanjaro, The Mweka, but it is only used for descending purposes.

If you think Kilimanjaro is all about snow and trekking, then you’re mistaken. As mentioned earlier, the giant Kilimanjaro has seven different climatic zones and the lowest one is bushland. In the bushlands, you’ll come across many wildlife species which are part of the Kilimanjaro National Park. This park includes the whole of Kilimanjaro and encompasses an area of 1,688 sq km. The game viewing at the foot of the mountain includes elephants, buffalos, leopards, colobus monkeys, bushbucks, and zebras among other animals.

With such a towering height and harsh climate, it cannot be the fact that the trekking journey will be risk-free. Acute Mountain Sickness or AMS, as previously mentioned, is one of them and is probably the biggest risk with 77% mountaineers experiencing it in their journey. But there are a few more which as a responsible tour company we should let you know beforehand.

• Health hazards due to improper disposal of human waste.

But the risks are minimal, or rather non-existent with proper security undertakings. Strictest safety measures are employed by us and other tour companies, and the well being of trekkers are prioritized over anything else.

• Standing On Top of Kilimanjaro

The view from the top of Kilimanjaro or Uhuru Peak can be summed up in just one phrase: “Never seen before.” Clouds, birds, animals, everybody will be below you, and you’ll be able to see through a birds-eye view into the far-off land. It’s tough, but when you make it to the top, the scenery rewards you for every bit of it. Whichever of the seven routes you decide to take, climbing Kili is an incredible experience nevertheless.

In the folklore, it is said that the volcanic cones of Kibo and Mawenzi were once good neighbors until Mawenzi pranked on Kibo and got beaten up for it, which is the most unacceptable way explains the degraded environment of Mawenzi with little to no snow. As hilarious and baffling the story may sound, Climbing Mount Kilimanjaro is equally fun and amusing.

We, at Vencha Travel, have been working with experienced certified guides and potters for our Mount Kilimanjaro Climbing. This not only increases your chances of reaching to the top but also keeps you informed of everything all along the way. Contact us today for booking hiking and trekking tours to Kilimanjaro.

For more information you should contact here by visiting this site: https://www.venchatravel.com/destinations/tanzania/moshi-kilimanjaro 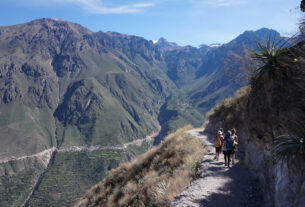